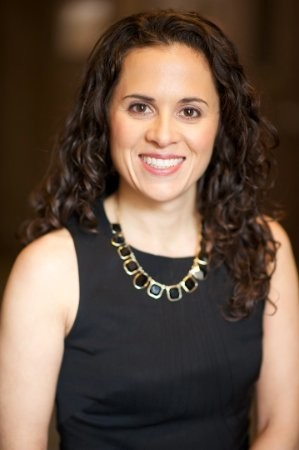 You're Invited!! Please join us!
You are invited to the 5th speaker in our Speaker Series!

Lara M. Rios will speak on her career in law, women's and LGBTQ+ issues in the workplace and will answer any other questions you may have.

Lara M. Rios is a partner at the law firm of Holland & Knight.  A life-long New Yorker, Lara was born and raised in Flushing Queens, where she attended public schools PS 21 and JHS 185.  Lara is a graduate of the Townsend Harris Class of 1998. While at Harris, Lara was co-captain of the Girls Varsity Cross Country Team, a member of the Varsity Indoor Track and Soccer Teams and Senior Council President.

After graduating from Townsend Harris, Lara attended college at Yale University where she majored in Political Science.  After college, Lara worked for Governor Mitt Romney of the State of Massachusetts before attending law school at the University of Chicago.  During law school, Ms. Rios interned in the chambers of the Honorable Sonia Sotomayor of the U.S. Court of Appeals for the Second Circuit in New York.

Upon her graduation from law school, Lara worked as a corporate associate at the law firm of Cravath, Swaine and Moore, the top-ranked law firm in the world.   She has practiced corporate and finance law in different capacities over the last 15 years, including working as the deputy general counsel of a renewable energy company with clean energy projects around the world. In her current role as a partner at Holland & Knight, Lara advises clients on the development and financing of large infrastructure projects in the United States and in Latin America and has a particular interest in green financings and renewable energy projects.

Many of the transactions she has worked on have been designated "Deals of the Year" and last year she was recognized as the Best Finance Lawyer in Latin America, a Top Lawyer under 40 by the Hispanic National Bar Association and was recognized as an On the Rise Honoree for professional excellence.

Lara lives in Miami with her wife Nicole and her two small children.